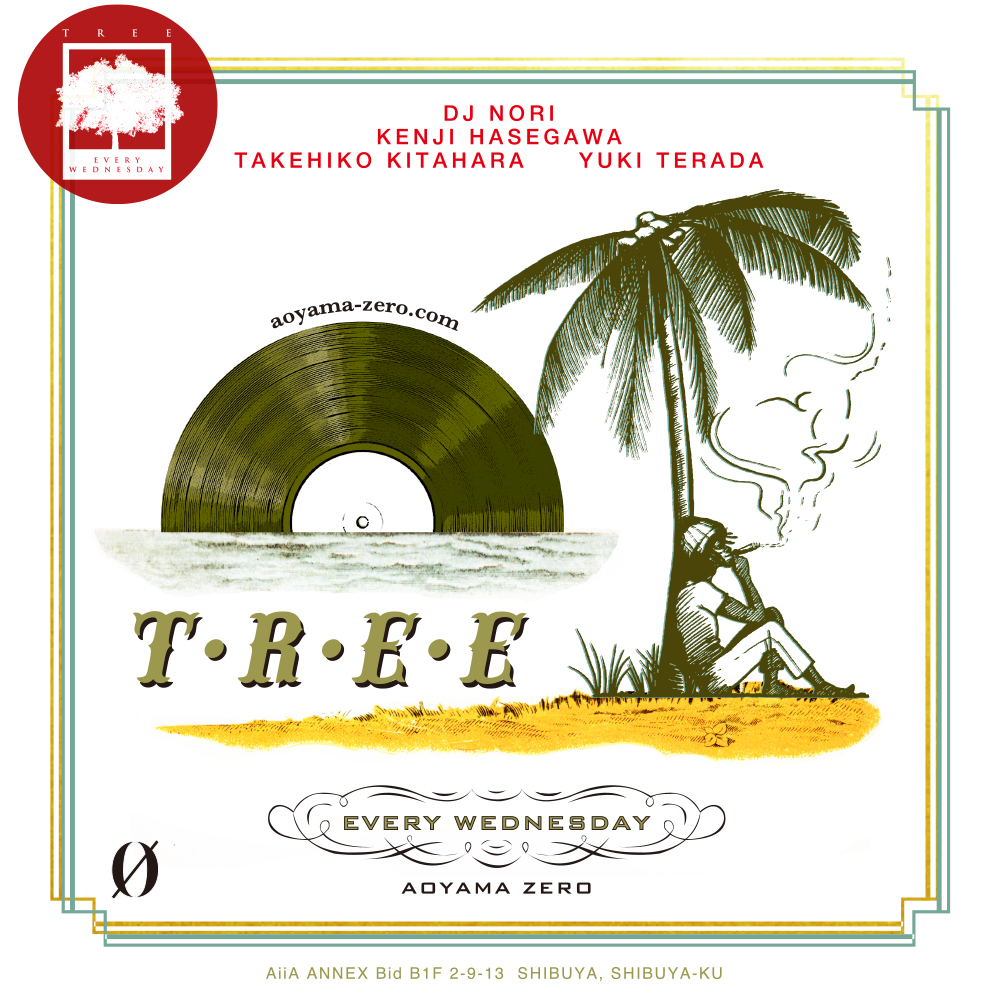 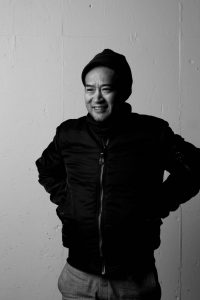 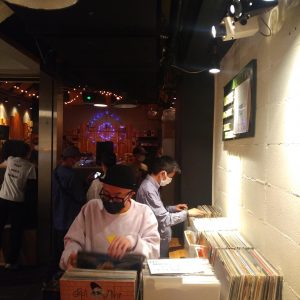 Tree is only the party DJ NORI promotes.

From open to last till the party will over, DJ NORI chooses the music which fits each night from his huge collection of records. On the second Wednesday Kenji Hasegawa or Takehiko Kitahara, on the third week of the month YUKI TARADA play. The main DJ, DJ NORI plays every Wednesday without a break. Enjoy yourself with the spreading and connecting wheels in the music, wonderful feeling from your feet to fingertips which is led by the sound and the adventure of the sound.

DJ NORI has been a top DJ for 30 years and still has full influence power in club music scene.

Started his DJ career in 1979, moved to NY in 1986. He met Larry Levan playing legendary club “Paradise Garage”. Since then, he starts playing with Larry at famous clubs in NY. Through their friendship, DJ NORI spent his NY life with David Mancuso, Walter Gibbons, Danny Kirivit, Timmy Resisford, Little Louis Vega, Nick Jones and Francois K etc…
He experienced the moment that “Paradise Garage”, Larry Levan, music and culture which were born in SOHO had turned to a big scene at that age.
You can see how DJ NORI took an active part in that scene from a film “MAESTRO” (film by JOSELL RAMOS/2004). He appears in the film as ” one of the most important DJs who built a basic of NY club culture” with those DJs.
In 1989, DJ NORI came back to Tokyo to be a resident DJ of Tokyo’s legendary club “GOLD”. At the same time, he still keep DJing in abroad including i-D magazine’s party in Italy, NYSOUND FACTORY BAR ”UNDERGROUND NETWORK” ”CAFE CON LETCHE”etc… Its impossible to know exact number he did DJing.

With DJ FUKUBA and TORU TAKAHASHI, DJ NORI has a big party “SMOKER” at LOOP in Aoyama which started 15 years ago. He plays music as if he having conversation with the guest DJs including Lord G, DJ Harvey, Kim Lightfoot. In 2005 he went to Shanghai’s venue “BLOCK60″ to reenact “SMOKER” there.
In 1998, he started another party “GALLERY” at CAY in Aoyama with FUKUBA, KENJI HASEGAWA, ALEX.
Recently, he started party “VOYAGE” at Yellow in Nishiazabu with Toshiyuki Goto, DJ KATSUYA.
In 2013, new party “Tree” has been started at new club Zero.

In 2001, “NORI’s E.P” was released. Danny Krivit was playing a track “Nomad” in Body & Soul before its release date, and licensed in 6 countries in the world. His remix works and compilation album “STIMULATION” series proves his talent.
On Dec of 2006, his first mix album “liquid loft mix” was released on LIQUID RECORDINGS. And in 2013, “We Don’t Know” EP was released on Running Back and Bubbletease Communications which was

To celebrate his 30 year career as a DJ, “DJ NORI 30TH ANNIVERSARY” was held at ageHa with many of his friends including Jocelyn Brown from UK.

DJ NORI’s music choice and groove from his affection and attitude for the music still attract all audience in rest of the world and gaining respects from them.